I started my training at the age of 27 in 1994, in the Moo Duk Kwan style of Tae Kwon Do/ Tang Soo Do. Early in my training I knew I wanted to become an instructor. I started teaching as a 2nd Gup in 1998. In 1999 as a Cho Dan Bo, my instructor gave me one of his branch schools to take over as my own school, naming it Academy of Martial Arts. I started with 4 students, 3 of them my own kids. In 2000 I received my Cho Dan. After receiving my E Dan in 2002, the school I took over with 4 students had grown to over 100 students. This was about the time my nephew Shawn started training under me. In 2004 I started another school in another town, with about 50 students to start. In the spring of 2006 I received my Sam Dan. Soon after, I handed over my first school to my nephew Shawn, so I could start another school in another little town. In 2007 Shawn had received his Cho Dan and was really growing as an instructor.

At about this time, I began experiencing some differences with my instructor, and began the search for a new one. While searching, I kept training, but in 2008 closed the third location. In 2009, due to personal matters, I gave my second school to one of my students to run. During this time my nephew Shawn was still training and he and my wife, Kim, eventually talked me into stepping up my involvement again, as they could see I missed it. I owe my martial arts comeback to them both. Thank you Kim and Shawn!

In 2009 Shawn changed his school name to Yennie Martial Arts and in 2010 he helped me get set up in Plainview, while he was opening another school himself. I joined what he had started with the Yennie Martial Arts, and together we have become stronger. Still in search of a new instructor, we finally found Master Robert Grissom. With Master Grissom's patience and knowledge, we joined the WTSDA on Jan 1st 2013. In 2015, I decided to change the name back to Academy of Martial Arts. My training continues in the hopes of reaching master level with the WTSDA. My wife and kids are able to join my journey as black belts, teaching right beside me. 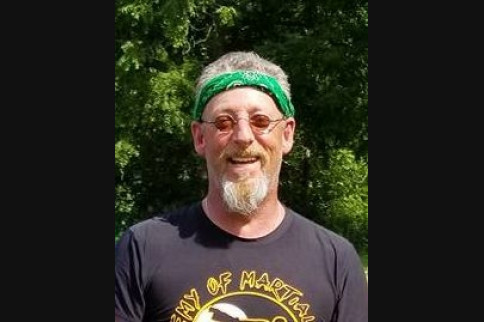